Go into all the world and preach the gospel of Jesus Christ. Populate Heaven, and Plunder Hell. Winning our city, LA for Christ & winning our world!

At In His Presence Church you will find that our leadership team is unlike any other. Pastor Mel Ayres moved to southern California in 1977 where he had a successful acting career for 10 years. He met his wife, Pastor Desiree Ayres in an acting class, and she eventually went on to become one of Hollywood’s most successful stuntwoman. After marrying in 1983 and finding continued favor in their careers they began to feel the call of God to leave the Entertainment Industry and launch out into ministry.

After much prayer and fasting the pastors knew their vision of spreading the word of God across the nation was a top priority. They encourage and mentor pastors and leaders not only in the Los Angeles area but throughout the world.

In 2000, Pastor Mel and Desiree successfully planted three churches in India. A couple of years later they supported and sent out Pastors Michael and Carol Hart to Thailand to start ZOE International - this organization brings the love and hope of Jesus Christ to children who have been victimized through human trafficking. With the love and help of their congregation they still support this organization today. 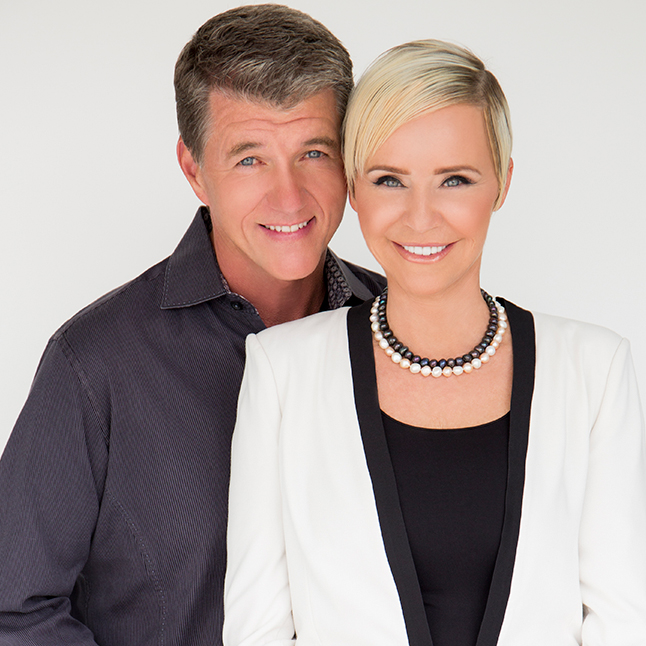 We desire to share the gospel of Jesus Christ to all of Los Angeles while making mature disciples resulting in global evangelism.

In one God, eternal existing in three persons: God the Father, God the Son, and God the Holy Spirit.

The Bible, in its entirety, is the Divinely inspired, only infallible, authoritative Word of God. All Scripture, is inspired by God, and it was written by human authors under the guidance of the Holy Spirit. It is the final source for how to live life and what to believe.

The virgin birth of Jesus Christ, is the Son of God. He is co-equal with the Father. He lived a sinless life, and was the perfect sacrifice to atone for our sins. He rose from the dead, declaring His victory over death, hell and the grave. He has ascended into heaven, where He is now seated at the right hand of the Father.

All have sinned and come short of God’s glory and are in need of forgiveness which is solely available through the shed blood of Jesus.

Through repentance and confession of sins to God, every person is forgiven and cleansed from all unrighteousness and is given eternal life.

Water baptism is an outward symbolic sign and testimony that demonstrates that Jesus died for our sin and was raised by the power of the Spirit. In baptism we are identifying with His death and resurrection.

In the regular observance of the Lord’s Supper.

Healing is provided by Christ’s redemptive work on the cross.

In the personal and imminent return of the Lord.

Resurrection of both the saved and the lost; believers to everlasting life and unbelievers, to separation from God.

WHAT CAN I EXPECT ON MY FIRST VISIT?

When you walk into In His Presence Church you can expect to be greeted by one of our many greeters who will welcome you in with a smile and a hug. It is our priority to make you feel welcomed and comfortable. We offer uplifting music, a strong teaching that is relevant to the issues you face in life, and programs for children of all ages. If you need prayer or someone to talk to, our pastoral staff and leadership team are available to pray with you after each service. And as a first time guest you will receive a blessing bag that we hope will be a sweet reminder of In His Presence Church.

HOW LONG ARE YOUR SERVICES?

We have 2 services on Sunday at 9 am and 11 am. And a Wednesday service at 7pm. Each service is approximately 90 minutes long and start promptly at the given service time.

WHERE ARE YOU LOCATED?

WHAT DO I WEAR?

There is no dress code so please feel free to dress in whatever style you are comfortable in. Our congregations tends to come dressed anywhere from casual to dressy.

DO I NEED A BIBLE?

We encourage you to bring a Bible with you. Our congregation tends to use an actual Bible, but there are many who read off of their ipad or phone.

WHAT DENOMINATION ARE YOU?

In His Presence is a non-denominational church.

IS THERE A PLACE FOR MY CHILDREN?

We have a room for infants and classrooms for toddlers all the way up to 5th grade. You are always welcome to keep your children in service with you, but we highly encourage our guests to take advantage of the fun, safe & exciting programs we offer for your children. They are free and you do not need to be a member for them to participate. Plus, your kids will have a lot more fun.

WHAT DO YOU HAVE FOR TEENAGERS?

6th grade – 8th grade can attend the Jr. High service and 9th – 12th grade students can attend the High School Service. It is a fun and exciting place for teens to come, hangout, and hear about God.

WHAT IF I HAVE MORE QUESTIONS WHEN I GET THERE?

If you have any questions, please stop by the info center in the lobby and our greeters will gladly assist you in answering any questions you have.

Scroll To Top
We use cookies to ensure that we give you the best experience on our website. If you continue to use this site we will assume that you are happy with it.Ok